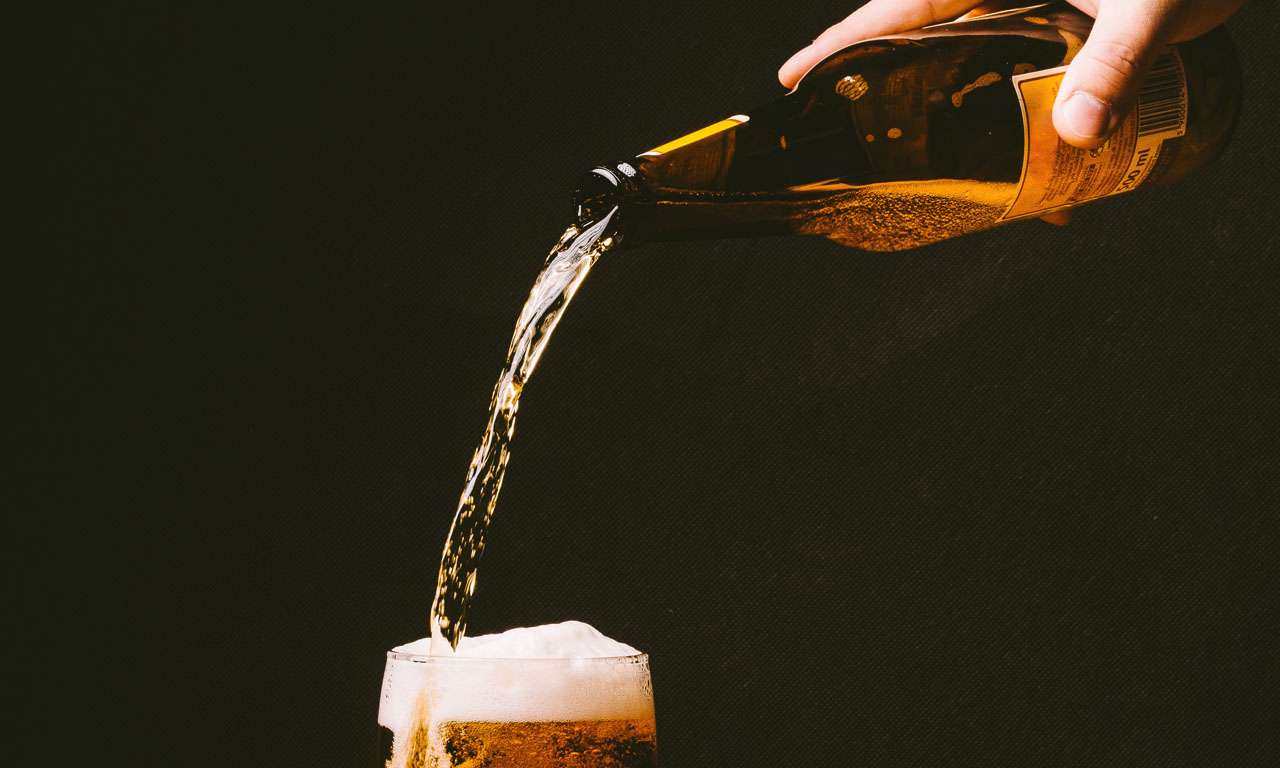 My first tryst with 'daru' began in 1975 when I was in class 10th. Not a fad in those days when life was peaceful, my two other friends during Dusshera holidays in October that year, decided to see what it 'tastes' like and brought a coloured bottle, which contained bad smelling so called beer.

With nervousness and fear I trudged with my friends to a park near Kamal Cinema in South Delhi at 7 pm telling my parents that I am going to watch Ramlila.

We three sat down on a stone bench in a corner which was pitch dark. One of my friends poured the brown coloured smelly spirit in three glasses, which he got from his house hidden in a cover and poured it in our mouths. I felt as if something has hitting my head and coughed. My friend who called himself a 'veteran' told me don’t worry it will pass and you will like it. He also gave me a piece of meat to eat. We three finished the bottle within 15 minutes and I felt that my hands had become numb and my mouth was dry.

It was 8 pm, and my immediate thoughts were how to get home and face my parents. My heart was thumping and I was sweating at that time of the year when in October it used to become slightly cold.

Somehow, we three started walking slowly towards our houses with fear in my mind on how to 'avoid' my parents with a foul smell coming from my mouth. I pretended I was not well and went and lied down on the bed avoiding my mother I went to the washroom and vomited. Kept brushing my teeth, I had a bath and went to sleep in corner. Thank god nothing happened but I got up next morning with a throbbing pain in my head.

That was my first experience with alcohol in 1975. But I liked the taste. I also took the first 'drag' of the cigarette during that year. After this, my rendezvous with liquor began once a month in my friends’ house. Schooling over, I started drinking during college. During the bellbottom jeans days in 1976 with many collegians sporting long hair, LSD was the in thing in colleges. I too wanted to try the drug but somehow said a big NO. And I was right as my close friend and schoolmate got hooked to the drug.

Come 1981, I got a job as a journalist in one of Asia’s top most news agency, I was on top of the world. The job took me to Bombay and I was free. My dependence on drinks started increasing more. My roommate was alcoholic and used to come to the room very drunk. I got transferred to Delhi in 1981 as my father was not well.

My drinking sessions increased, as it was the in thing among journalists.
I used to get drunk. We used to have sessions in friends’ house till we dropped dead. I used to come home drunk. I thought marriage will make me quit. But it kept increasing as my wife could not understand what it was during 1986. I became a member of the Press Club of India in 1990s and my visits to the press club increased. Drinking became a common thing in my life.

In India, one of the issues with alcohol is that a lot of people are binge drinkers. People don’t get drunk everyday but when they do drink, they do it beyond belief. While in most other countries, social drinking consists of having around 60 ML of alcohol, here in India, people drink 180 ML on an average.

My alcoholism increased in Mumbai during 2003 to 2007 when I was all-alone in my house. My family at that time was in Delhi. I was a chain smoker. But in July 25, 2005, the Art of Living Foundation wanted to have five-day course in our office. I told the teacher, a lady with a gracious and glowing face, I want to quit smoking. She said join the classes and we assure you, you will quit. But with a rider that you won’t smoke for four days. It was difficult, had severe problems could not sleep and gradually my craving towards cigarette came down. My mind was calm. And finally, I quit smoking on July 29 2005 and history was created and I haven’t touched a cigarette after that. From 20 cigarettes to quitting, it has been a long way after 30 years of smoking.

In the year 2013, the effects of liquor started showing on me. I had severe stomach ache on June 3, 2013 and was tossing in my bed during the night. The next day I was rushed to the hospital where the doctors told me I was suffering from Jaundice and my liver was enlarged. “Quit drinking” I was told. My family started seeing me with suspicion. Three months I didn’t go out. After three months, again I started.

Liver could not take it anymore. Developed hepatomegaly. Doctors warned. But no, I still drank saying nothing will happen. Finally, the D day came in April this year, when I developed Grade-2 fatty liver. And it was then that I decided enough is enough, and I gave up drinks.

I have seen my colleague die of liver cirrhosis. His day used to start at 7 am to get over the previous day’s hangover and continue till midnight. One of my colleague (who has given up), once went to a Barber shop. The barber shop was crowded, so he went to a nearby bar and had couple of drinks. He came back to the barber shop, again he saw it was crowded. So again, he went to the bar and had another round of drinks, it went on and on till the barber shop shut at around 8 pm. He was a journalist and often missed his reporting assignments.

The so-called enjoyment, which we get after having a couple of drinks, leads to so many problems at home. Homes are broken, one of the main reasons for breakup of families in India is men drinking. Domestic quarrels in the middle of the night are common in Indian homes because of liquor.

Give up. It is possible. Learn something new, have a hobby. Divert your attention and your urge, and if nothing works take professional help. But for god sake give up drinks. Thanks.